I just love synchronicity, don’t you? Right when I was looking for Sa Ta Na Ma meditation research – Kirtan Kriya – Amy Weintraub sent me a copy of her newsletter, LifeForce Yoga.  My eyes popped out of my head with delight because she had compiled an excellent review of the literature on this meditation technique that improves memory.  She generously said that I could share what’s below with you.  I highly recommend Amy Weintraub’s website at LifeForce Yoga: Manage Your Mood. You will also benefit from and enjoy registering for her newsletter and going to her workshops.

In three separate studies published this year and in one that is on-going, Kirtan Kriya, as taught by the Kundalini master Yogi Bhajan, was shown to increase short term memory, cognitive function and to reduce stress.  In separate studies at the University of Pennsylvania, and one continuing at the University of California (UCLA), researchers measured cerebral blood flow in the brain (rCBF) using single-photon emission computed tomography (SPECT) to determine which areas are more active and which are less during the practice.  One study compared long-term meditators to non-meditators.  Another study compared those practicing the meditation with those who listened to a Mozart violin concerto.  A third study compared the more active meditation to a relaxation exercise.

Kirtan Kriya is a 12-minute active meditation that include mudra (hand gesture), mantra (out loud, whispered and repeated silently), and visual imagery,

In the on-going study at UCLA, those practicing 12-minutes of Kirtan Kriya meditation are being compared with those using a 25-minute relaxation tape.  Preliminary results from the 39 caregivers who have already completed the study (23 practiced Kirtan Kriya, 16 listened to a relaxation audio tape) indicate:

In a study at the University of Pennsylvania, published in 2010 in theJournal of Alzheimer’s Disease that compared Kirtan Kriya meditation to listening to Mozart, findings show:

In the study published in the Journal of Nuclear Medicine in 2010, researchers found an activation of rCBF on the posterior cingulate, which is associated with memory.  This corroborates other studies that show cognitive improvement in memory after the practice.

For Links to these findings online:

Meditation Effects on Cognitive Function and Cerebral Blood Flow In Subjects with Memory Loss: A Preliminary Study  Improvement on important memory tests was measured in a study of stressed caregivers, the KK practitioners had a better memory after KK meditation training.

Cerebral blood flow (CBF) changes during chanting meditation Patients with cognitive decline and stressed caregivers had increased CBF in critically important areas of their brain, including those well known to influence attention, concentration, focus, memory (hippocampus), depression, trauma and resiliency. Moreover, the first area that goes down in function when a person loses their memory increases with the practice of KK.

A pilot study of yogic meditation for family dementia caregivers with depressive symptoms: effects on mental health, cognition, and telomerase activity.
39 stressed caregivers utilizing KK for 12 weeks had what is known as down regulation of inflammatory genes, which signifies a reduction in the activity of the genes that causing inflammation, a precursor to many illnesses, including Alzheimer’s.   Immune system response increased.  An increase of 44 percent in telomerase was shown in a study on highly stressed caregivers doing KK for 12 minutes a day for eight weeks. This is the largest increase in telomerase ever seen. Telomerase is the enzyme that controls the length of telomeres, the cap of your DNA. The longer the telomeres the better the health. Shorter telomeres contribute to Alzheimer’s disease, accelerated aging and a shorter lifespan.

Effects of an 8-week meditation program on mood and anxiety in patients with memory loss.
65 percent of subjects showed improvement on Depression Scales

3 New Ways Kirtan Kriya Helps Keep Your Brain Sharp was used as reference material for some of the info included on this page.

For more information on Kirtan Kriya and the Alzheimer’s Research and Prevention Foundation which has partially underwritten these studies, please visit  Alzheimer’s Prevention. 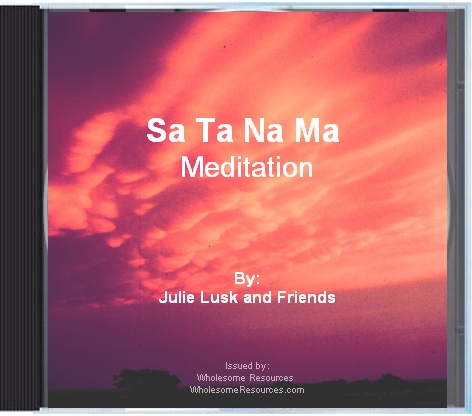 Click here for my latest book & free audio download of the 3 main yoga nidra exercises! It's as relaxing as it is … END_OF_DOCUMENT_TOKEN_TO_BE_REPLACED